Leaf was started in October 2019 as a simple frameworkless boilerplate for developing APIs. The idea was to create a powerful, but fairly simple boilerplate which could just be cloned and used as a starter for projects. 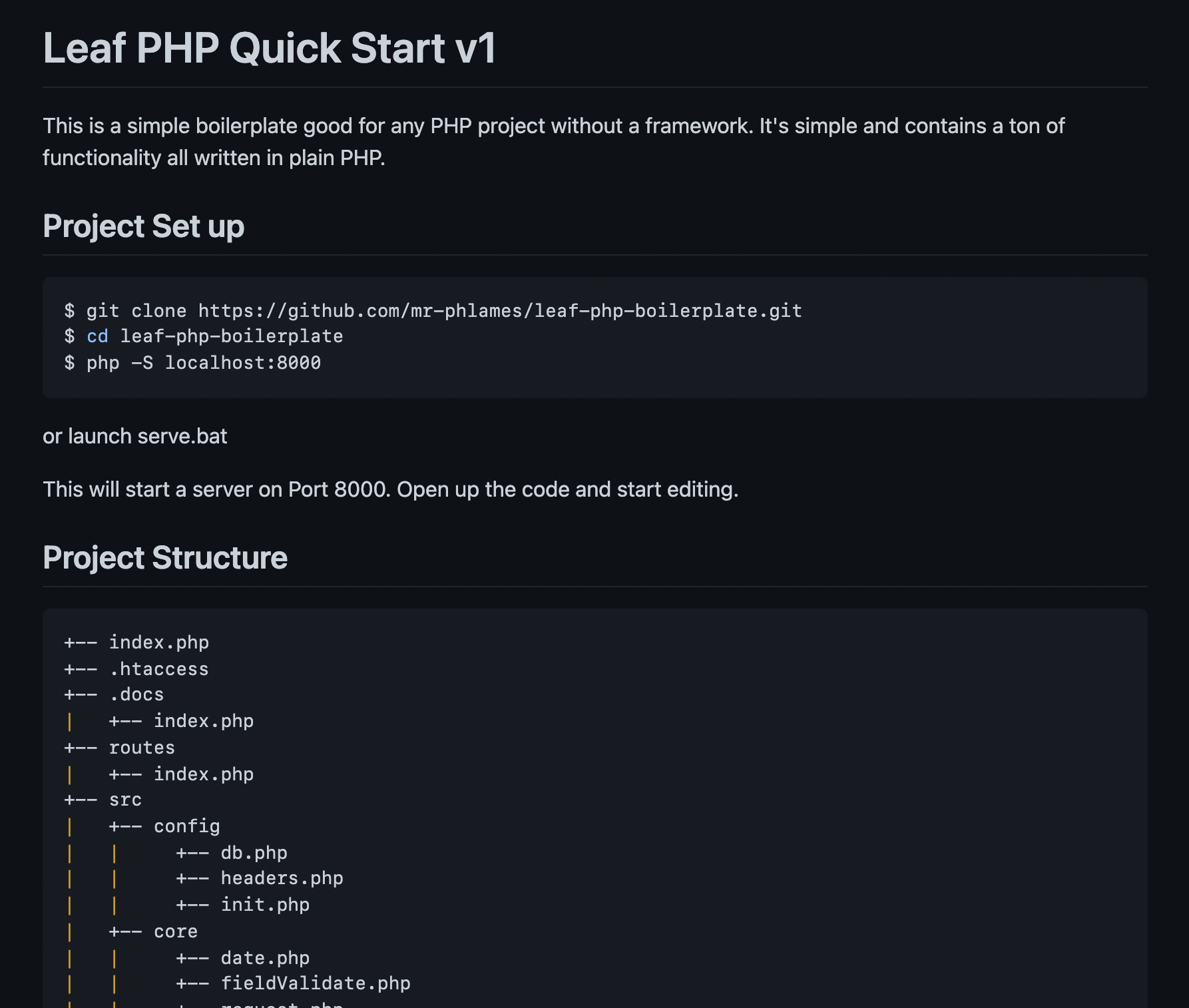 Along the way, leaf's features got bundled and shipped as a library which people started calling a micro-framework. It was later published on product hunt and got a whole lot of people interested in it. Leaf even earned one of the top products of the day spots ⚡️ 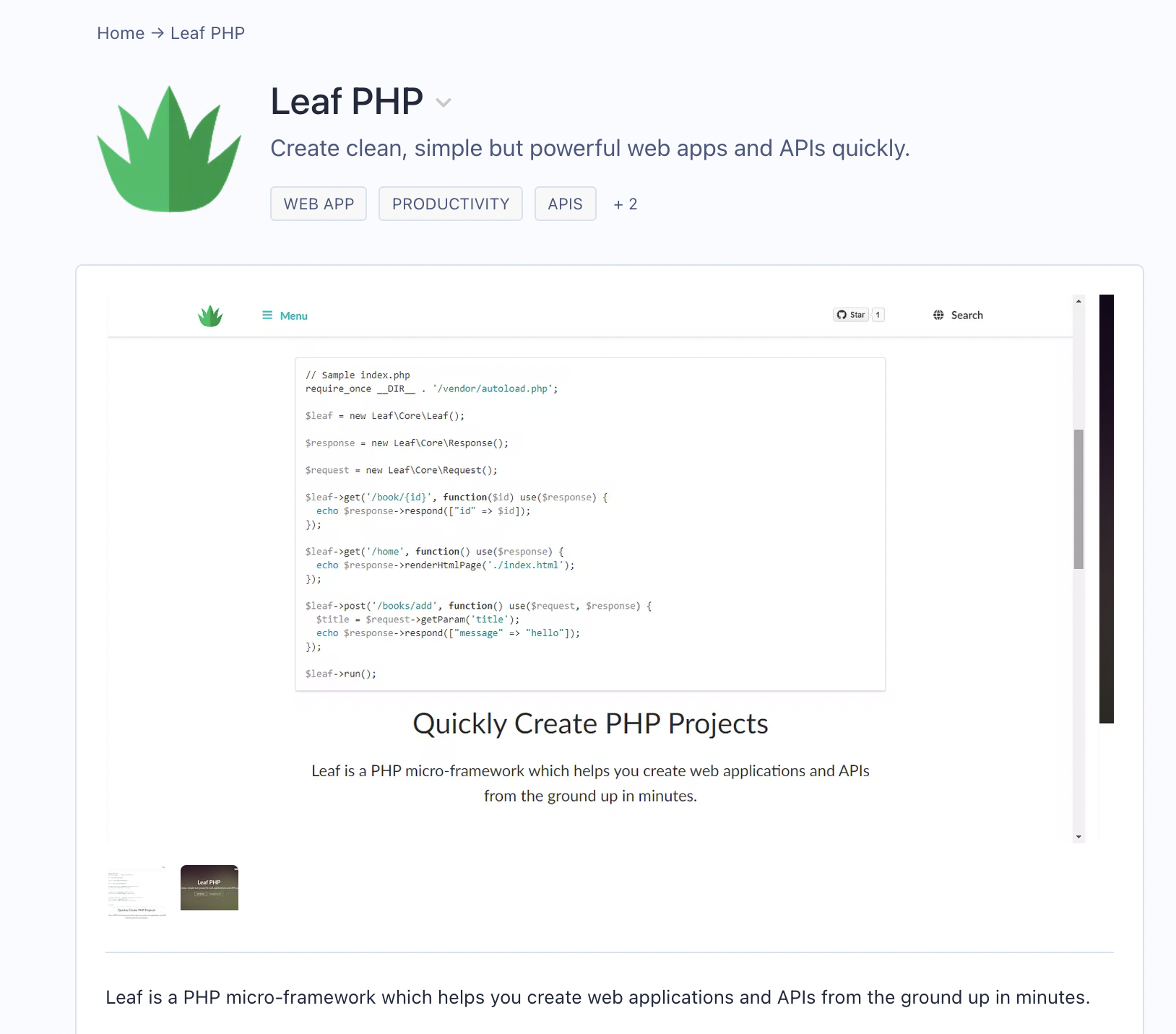 After this, leaf went on to introduce many amazing features like leaf db, leaf auth and more. But after a long run with version 1, we decided to completely re-write leaf in order to add a few more features like middleware on a core level.

The first commit to v2 was on 4 Mar 2020. This was the first commit since the v1.5 release a couple of months earlier. The stable v2 was released only a month later on 22 Apr 2020, and brought in a whole lot of upgrades to leaf, leaf MVC, leaf API and the creation of Skeleton.

A year down the line, leaf 2 was featured in a lot of top 10s and upcoming/lightweight framework reviews. It was adopted in both professional workscapes and by hobbyists all over the world. You could say leaf 2 was really doing well, but then it started getting features that a lot of developers were not using in their apps. And that's when the idea of modules was born.

We could ship leaf's features as installable plugins which developers will manually handpick for their apps, and the community agreed with us. We started working towards this, and discovered "functional mode" along the way. We also rebranded leaf to match our new goal of giving developers the best PHP experience and improving our usability.

Today, v3 is almost stable and we've published over 30 modules on packagist. v3 has proven to be lighter than just about every framework out there, with a source of about 30kb and even faster than frameworks like Slim PHP.

Edit this page on GitHub